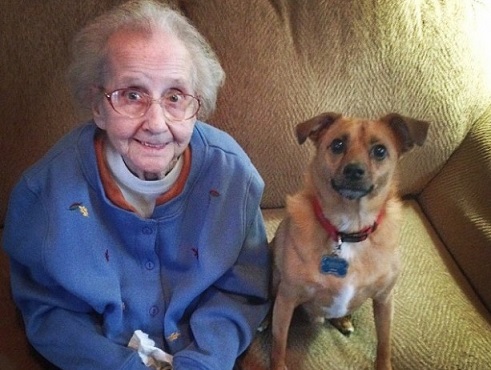 Recently, all the social media channels have been inundated with celebrity selfies, post-baby bodies and other minute-by-minute documentation of what celebrities get up to on a daily basis. From pouting and posing to drinking and dancing, well-known stars have been setting standards as well as examples for their followers as to what is the norm for social media posts.

Instagram in particular seems to be the ideal channel for well-known faces to discreetly boast about their latest voyage in a private jet or their engagement ring which is worth more than the average yearly salary. I was beginning to lose all faith not only in what people valued and enjoyed sharing with others but in social media altogether – when all of a sudden, along came Grandma Betty. 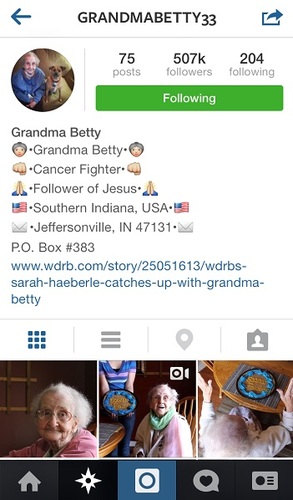 Meet Betty Simpson, also known as Grandma Betty, or “@grandmabetty33” on Instagram – the 80 year old grandmother from Indiana who is suffering from terminal lung cancer. After her diagnosis in December 2013, her grandson Zach created an Instagram account to document not only his grandmother’s battle with cancer, but also to demonstrate her overall outlook on life. 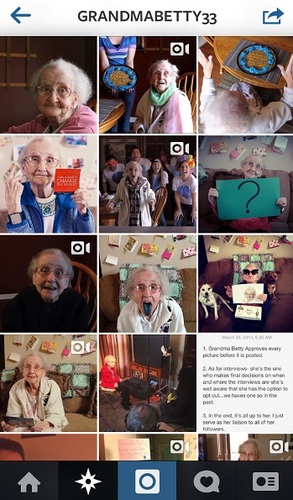 Zach has clarified that not only does Grandma Betty authorise every photograph of her before he posts it, but she now also suggests ideas for photos and videos which she believes her followers will enjoy. After posting a video of Grandma Betty dancing to Pharrell’s “Happy”, which Pharrell himself re-posted on his personal Instagram account to express his gratitude, a new social media celebrity was born. To date, Grandma Betty has almost 510,000 followers. 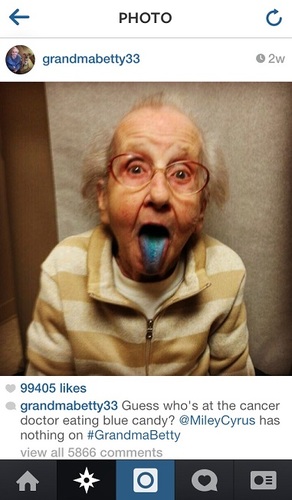 From photos of Betty taking a nap, to reading the newspaper, to grinning without her teeth in – Zach has documented her highs and lows over the last three months and has created nothing short of an enormous, rapidly expanding and dedicated fan base for his beloved grandmother. Not only do her followers send her presents, letters and cards, but many have posted photos and video messages on their personal Instagram accounts, sending their best wishes to the most famous grandmother in Indiana. 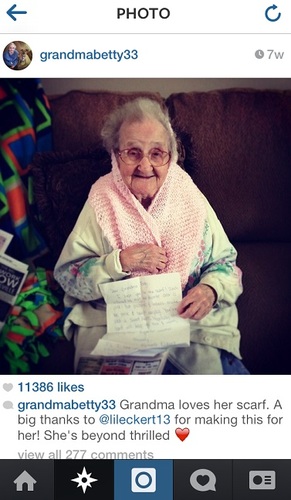 Suddenly social media has shifted – my news feed is no longer filled with bikini shots and bottles of champagne but now with more encouraging tribute messages to Grandma Betty. Lately, the “no make-up selfie” for cancer awareness has also been far more popular than first expected. I must admit, it is quite refreshing to finally see caring, supportive and motivational posts on social media, and I believe we have one lady to thank for kick-starting that; the optimistic, cheerful and generally life-loving Grandma Betty. Who said social media isn’t powerful? 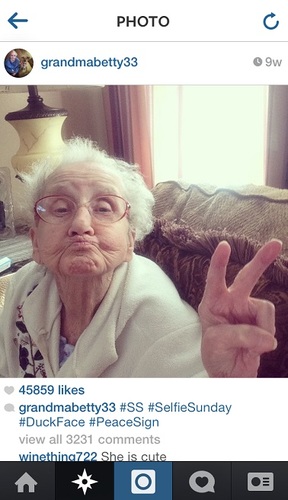