The Strange Case of Kevin Pietersen 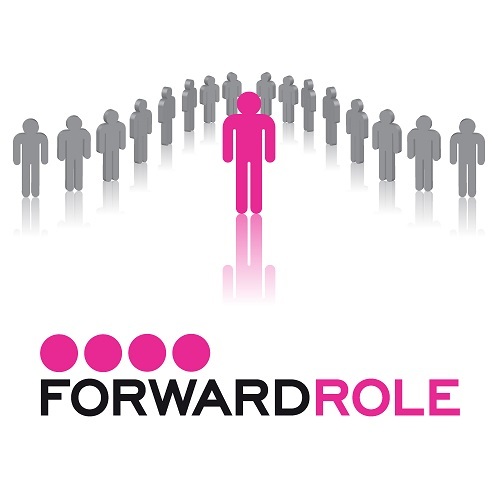 The recent controversy about Kevin Pietersen and his sacking from the England team got me thinking about the art of managing high performers, individuals who are often more talented than their captains or managers. Alistair Cook has remarked that “it took guts to sack” him, my initial reaction to this was surely it would have taken more guts to keep him in the team. There have been widespread reports about his disruptive influence on the England dressing room and that he has been acting disinterested in the team result, more concerned about his own performance and value. Nobody outside the dressing room will ever really know the true story, however it strikes me that the team is undoubtedly weaker for his absence and that the fault lies more with how he has been managed.

Through my career to date, like a lot of people, I have been lucky enough (and I say this only after reflection, often not my feelings at the time) to work both alongside and manage a few highly talented individuals and have seen at first hand the value they can add to the team when channelled well and equally the disruptiveness they can bring to the team when things are going badly and they are not controlled. Sport has many examples of managers and captains getting the best out of these players, from Ian Botham under Mike Brearley, to Paul Gascoigne under Terry Venables and recently both Freddie Flintoff and Kevin Pietersen under Michael Vaughan.

So how did those leaders succeed where others fail, they were clearly talented sportsmen although not nearly as naturally blessed as the star performer, yet they managed to get performances which benefitted the team and signs of disruption were nipped in the bud very quickly. Indeed some of the best team managers have had little success themselves. José Mourinho started as a Translator for Bobby Robson, Arsene Wenger played a total of 69 games in his career and even Sir Alex Ferguson never got close to the levels of success as a player that he reached as a Manager.

Recruitment seems to be an industry that attracts many of these individual, maybe because of the potential rewards on offer or because that’s it tends to view many of these antics less negatively then other industries. Which other industries would accept a consultant nipping out for a bite to eat at lunch but not coming back in the afternoon because he ended up in a “gentleman’s club”, all other details remain private to protect the guilty! Would this be viewed as acceptable behaviour in a firm of Solicitors or Accountants? I doubt it and certainly not laughed off as “well that’s what you get from somebody billing at that level”. Stories like this are not uncommon in our industry and I hear similar stories from other sales focussed companies who love the figures that people are bringing in but not the baggage that accompanies them.

My first lesson about managing a high performer was spelt out to me in a walk across Manchester to Harvey Nichols, with Bill Boorman, then the Training Director of Prime Time Recruitment and now one of the leading authorities on Social Media recruitment. He made me understand that everybody needs to be treated differently but to the same rules. I needed to get the high performer to buy in to the team and the ethos while getting the rest of the team to see the value of the high performer and despite their occasional selfishness (and this is what had to be managed).

In Walter Issacson’s biography of Steve Jobs, he also describes the problems Apple encountered when hiring people to manage Steve Jobs (interesting Steve Jobs actually did the hiring) and how the relationships often crumbled because they could not get the respect of Steve Jobs. Where Mike Markkula succeeded in getting the best out of Steve Jobs, Paul Scully failed to keep him in line. Ultimately this resulted in Steve Jobs’s departure from the business, a decade of decline for the company which was only reinvigorated when he returned to the company with ultimate control.

Stuart Lancaster, the England Rugby Union Coach (and another who has enjoyed far more success as a coach than a player) has talked about utilising Tuckman’s theory of 5 stages of team development to grow the bond that exists, which he has taken further to create a “why” rather than just a “what” and a “how” and talks about the culture and DNA of the team as coming before the performance. The recent improvement in the English rugby team must surely be due to the culture that Stuart Lancaster has brought in and ingraining in everybody the fact that the team is more important than the individual and getting everybody to buy in to the culture.

What Stuart Lancaster has done, in the same way Clive Woodwood, Michael Vaughn and all those other successful captains and leaders have done, is to create an environment where everybody can thrive, each person is treated as an individual and given their own responsibilities in the team. What this is not doing though is acquiescing to these individuals; when Luis Suarez was pushing for a transfer out of Liverpool last summer and then was reported in the media being disrespectful to the club, he was banished to train alone for 2 weeks. Brendan Rogers, the Manager, has been rewarded for his approach by Suarez being on course for breaking Premiership goal scoring record.

Perhaps this is the answer to what the Cook’s “gutsy” solution should have been. Instead of getting rid of a world class batsman with an average approaching 50, it should have been to manage him closer, get him to respect the management and buy in to what they were looking to achieve and how he fitted in to this strategy. And this is the lesson we all need to take. There will always be a high performer who causes us problems, however rather than taking the easy route of forcing them out of the business, take time to understand their motivations, earn their respect, get them to understand the “why” and contribute to the bigger goal, because their contribution will usually be the largest contribution to the pot, which is what we are trying to achieve at Forward Role. We have created a culture that puts the brand and customer service before revenue generation and individual performance, where everybody knows our “why” however this is a tough path to tread for many businesses struggling in the current climate.