Back to Blogs
posted over 7 years ago By Emma Allison

So, it’s that time of year again.

We’ve only just put aside the witches' costumes and pumpkins when the race to fill every space with “Christmas Spirit” begins (apparently Christmas is now a 2 month long celebration!). Call me a Grinch, but I can’t help but mutter “It’s not even Christmas yet!” with growing frustration every time I hear “Slade – Merry Xmas Everybody” playing in the shops before December. By the time Christmas Day actually arrives, the big Brands have us so stuffed-full of “cheer” that I’m surprised we have any room left for the mince pies and Turkey Dinner!

However, as I have been asked to write a blog on the best Christmas marketing campaigns of 2014, I will swallow my annoyance at the premature festivities and stop being such a Scrooge!

I think the two obvious competitors for top spot this year are John Lewis with the “Monty the Penguin” ad, and Sainsbury’s with their “Christmas is for Sharing” offering, both campaigns going viral within minutes of their release. I think that this is not only because they are well-made and heart-wrenching adverts (I will admit to shedding a tear at both of them) but because they contain tidings more in-keeping with traditional values of Christmas, rather than the tiresome, but commonplace, message of “BUY! BUY! BUY!”

The first shows a young boy’s desire to make his friend (“Monty the Penguin”) happy at Christmas, finding him a “Mrs Monty” for a companion. This displays a self-less and giving approach to this festival, putting his friend’s needs before his own, and the beauty of a child’s imagination, as until the very end we see “Monty” through the boy’s eyes as a real penguin, with which he shares experiences and emotions, rather than just the stuffed toy that his parents see. It also highlights the fact that we should value and respect our belongings, rather than buying in to the “Waste Nation” mentality and mass consumerism that seems to be prevailing in today’s society – a wholesome Christmas message that most Brands seem to neglect. 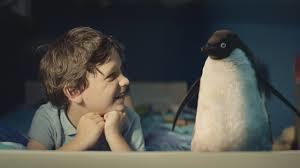 Sainsbury’s follow a similar vein, as they also explore the rare idea that Christmas is not just for gluttony and greed, but is actually a time to show love for fellow human beings. Set in the trenches of World War One, at the famous “Christmas Truce” of 1914, this profound advert displays the remarkable coming together of German and Allied soldiers who put aside their differences of nationality for a short time to celebrate this shared festival together– the Germans’ Carol singing leading to the swapping of treasured items as Christmas gifts and even playing a game of football.  It is a spectacular reference to the true meaning of Christmas (besides the birth of Christ!), which is that it is a time for sharing – not only gifts, but also time and love. 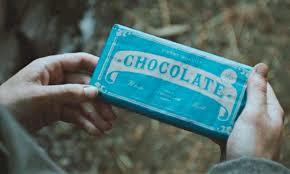 Another advert that I find to be especially moving and in keeping with this idea of Christmas being a self-less time, is this year’s Boots ad, aptly named “Christmas”, and one that I had actually not seen before I started writing this blog. It follows a group of people as they make their way cross-county on Boxing Day. Although this seems to be a reluctant act, the end of the advert shows the reason for their journey – to surprise a beloved member of the family, a nurse who has obviously spent her Christmas on a long shift at the hospital, and all to make her feel special. Again, a message that speaks of giving rather than taking. 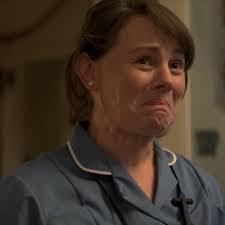 Obviously, reading this blog, you can see that my idea of “best” in relation to Christmas Adverts is slightly biased towards the ones that steer clear of presenting Christmas as an opportunity to splurge our cash on thousands of items that will find themselves lost, forgotten or broken in wardrobes, under beds and behind sofas by Easter or, worse, as part of the mass mountains of land-fill fodder scattered across our towns and cities.

However, having said that, undoubtedly one of the best Christmas adverts of all time has got to be the Coca Cola Advert, the presence of which on our TV screens and billboards has for many years been the signal that Christmas has indeed begun.

Jodie Slater joined Forward Role Recruitment in October 2014. She has settled in well and was kind enough to write this great blog for Christmas. If you’d like some friendly career advice or a confidential chat about a new opportunity check out our latest jobs at www.forwardrolerecruitment.co.uk or contact Jodie on 0161 914 029 or jodie@forwardrolerecruitment.com