Back to Blogs
posted about 7 years ago By Emma Allison

Give Blood NHS has found a novel way to encourage people to donate during National Blood Week. The letters A, O and B are disappearing from street signs and company logos throughout the high streets of the UK and on social media to highlight the need for blood donations from these groups and Forward Role Recruitment is backing the campaign by doing the same. Many major brands such as Green & Blacks and Waterstones (see picture) have embraced the campaign by removing letters from their name to show their support.

At Forward Role we are also showing our support across Social Media, by removing the letters from our logos (see picture), but most importantly in a practical way with a number of staff members volunteering to give blood.

Managing Director Steve Thompson was delighted with the response of his team to the campaign stating “it’s such a clever campaign and a simple way to raise awareness of an important issue, the team at Forward Role have really bought into the idea and we’ll be giving staff the opportunity to give blood over the next couple of weeks and beyond during work time.”

The NHS says there has been a decline in donations year on year and with more than half of current donors over the age of 45, meaning it is vital to encourage new donors to maintain a safe supply of blood for the future. Those interested in giving blood can log onto the NHS’s www.blood.co.uk site and find out about how they can donate. 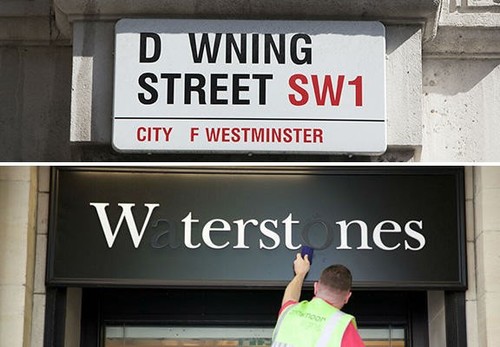