Back to Blogs
posted about 6 years ago By Dan Middlebrook

I came to enjoy running as an adult circuitously, which is really to say I started to go running as something I thought I should do and not something to be enjoyed. At all. 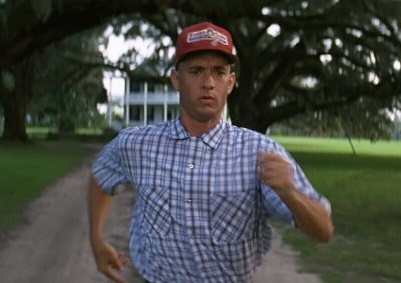 As a child, of course I’d loved tearing around, running, jumping, climbing... I think we all do. But that joy had kind of evaporated in my middle school years as I found myself a little on the chubby side and a decidedly average, middle-of the road competitor at the track, on Sports Day or winding across frosty fields during our weekly Cross Country. By my mid-thirties, as my waistline started its seemingly inevitable expanse and my (altogether amateur) football career dwindled to a close, I felt the need to getout there and try and get some of the blubber off!

Encouraged by my active runner girlfriend, (now wife), I went on a few short runs where I lagged heavy footed at her side, gasping for breath and struggling to run steadily for even three miles. I wasn’t desperately unfit, not by modern standards, but was certainly feeling the impact of a sedentary life in an office job.

My girlfriend helped me along patiently and even suggested I started going running with a running club. The idea horrified me; wouldn’t they snigger at me and get frustrated with my plodding pace? Surely my simultaneously knock-kneed and pigeon-toed style would be a laughing stock? And would I be forced to wear those really really short running shorts?!

The answer to all of the above was a resounding “no”. I went running with this group, led by two wily old running foxes, Merv and Tony, who not only gave their time, experience and know-how to anyone who was interested (all for free), but the whole group was very friendly and encouraging. There was no judgement at all and people of all abilities and paces, from my laboured crawl to sub-three hour marathoners, were running as a group with sessions designed so all could take part without lagging miles behind.

I saw my fitness improve rapidly and my waistline really start to tighten up. In 2011 I lost nearly three stones via a better diet and this increase in running. Additionally I felt better and started to take part in occasional 5km and 10km races too.

I won’t say I always love running; if you push yourself hard it can be really unpleasant at times and it can even be a little nerve-wracking before a race. But, it’s a funny thing; rather like the courage that comes after you’ve stepped outside your comfort zone, the reward from running comes after you finish; while you cool down from your post-run shower and the endorphins are released like a wash of happiness and relief, up and down your body!

So, this year I suggested we at Forward Role run as a company in the Manchester 10km race. I’d always fancied it and wanted to see if some of my colleagues were keen too. To my surprise we had ten people put their hands up, and while this has dipped a little to six participants as the reality has set in, (people even falling pregnant to get out of running!) it’s great to know we’ll all be doing our bit to support this fantastic event.

So, please keep an eye out for the Forward Rollers this Sunday. We’ll be the ones with bright pink tee shirts on, and I’ll be the bald one with a bright pink face!