Fashion in the North West: Has Manchester Become the online fashion capital of the UK?

Back to Blogs
posted about 6 years ago By Jay Kitchen

One could hardly be blamed for considering London to be the fashion capital of the UK. It is, after all, the financial centre of the country as well as being home to numerous designer boutiques and the famous London Fashion Week.

In Global Language Monitor’s annual Global Fashion Capital Survey, London was said to be the third most influential fashion hub on the planet - surpassed only by Paris and New York.

But away from the ‘Big Smoke’, a fashion revolution is taking place, and it’s happening right here in the city of Manchester. You only have to take a stroll down some of Manchester’s streets to recognise that this is a city that is putting itself firmly on the fashion map.

From trendy independent stores in the Northern Quarter to multi-million pound online brands that have based themselves in the North West, Manchester is fast becoming the place to be for fashion. A lot of work is being done to narrow the gap between the economies in the North and South, and this is only going to make the former an even more attractive place for fashion-conscious entrepreneurs to set up shop.

In this report, Forward Role explores the Northern fashion industry, starting with its roots as the centre of the UK’s cotton industry, right through to today where a digital transformation is taking Manchester by storm. We speak to a number of independent fashion brands and industry experts from all over the country, to get their thoughts on whether ‘Cottonopolis’ could become the online fashion capital of the UK.

Incidentally, Manchester was nowhere to be seen in the Top 50 of the aforementioned Global Language Monitor report, but as we’re about to find out, it won’t be long before this burgeoning fashion haven starts to earn the recognition it deserves. 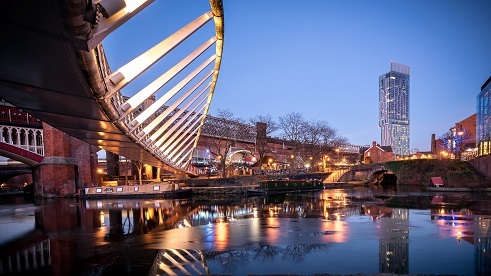 While all eyes may fall on the capital, it’s arguable that the North West has an even richer history in fashion than even London. The North’s fashion history stretches back a long way, right back to the 19th century in fact. During this era, Manchester was known as ‘Cottonopolis’ and was the focal point of the country’s entire cotton trade and textile industry.

So here’s a brief history of Manchester’s cotton industry

1816 - The number of steam-powered cotton mills in Manchester alone reaches 86.

1870 - The term “Cottonopolis” is first used to describe Manchester.

1924 - The last Manchester cotton mill is constructed at Miles Platting.

While these are just a few key dates on the vast landscape that is Manchester’s history, the incredible influence that the cotton industry had on this Northern city should not be underestimated. After the 1850s, the cotton industry began to expand outside of the city into the surrounding areas of Bolton and Oldham, but the centre of Manchester has always remained a strong influence in the UK’s fashion industry.

From textiles to trend setting

Fast forward almost a hundred years, and Manchester has come a long way since the days of cotton mills and warehouses. Whilst the city is no longer famous for producing and trading in textiles, it has now earned itself a much bigger reputation as a huge player in the world’s fashion scene.

A home to unique and independent brands

Of all the districts within the city of Manchester, one in particular has gained a reputation for its unique style and has become a magnet for those seeking out clothes and accessories that you won’t find anywhere else. We are, of course, talking about the Northern Quarter, often described as the “fashionable bohemian” area of the city and considered to be the beating heart of Manchester’s creative side.

You only have to walk down the streets in the Northern Quarter to recognise that it is worlds away from the central retail district. Evidence of the old mills and warehouses still remain, but they are now occupied by independent fashion stores ranging from the eclectic to vintage and everything in between.

And the shining jewel in the Northern Quarter’s crown is the famous Affleck’s Palace - or Afflecks as it has been known since a grand re-opening in April 2008. Since the early 1990s, Afflecks has been the ultimate place to go if you want to explore alternative fashion from independent stores for everyone in the family.

That’s not all the Northern Quarter has to offer. There’s Junk Shop, the sustainable fashion store that collaborates with some of Manchester’s best up-and-coming designers; Oi Polloi, whose mission it is to provide an ‘antidote for stale and uninspired menswear’ and hosts sales of rare adidas trainers that draw overnight queues; and Tokyo Royale, which stocks everything that can be categorised as ‘alternative’, including steampunk, Harajuku and geek-inspired items. 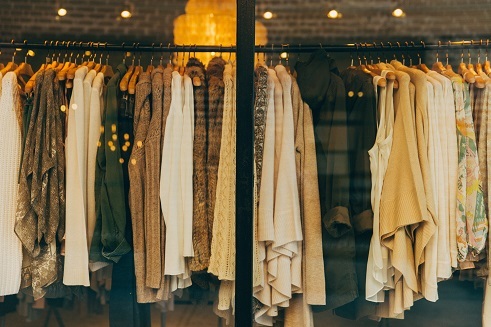 Katrina Urwin, founder and owner of Manchester-based jewellery store Hoochie Mama, believes that it is this incredible variety that makes Manchester such a wonderful city for fashion entrepreneurs:

“Manchester is a great place to set up your brand. We have a great community vibe up here because the city centre is quite compact and the fashion industry is close knit. It’s got quite the village feel at times whilst also being edgy, lively and cosmopolitan. I moved to Manchester for the disco and fashion. We have such a vibrant music scene up here and the rich musical heritage spans more than just the Hacienda and Oasis. I think historically that marriage between music and fashion has inspired many Northern designers.”

We’ve explored Manchester’s incredibly diverse fashion scene. On one side of the city you have your mainstream high-street stores, which attract thousands of visitors a week, and on the other you have your sub-culture outlets which are just as popular. All tastes and styles are truly catered for and accepted. But this isn’t just happening on its own.

It’s widely known that the city of Manchester is home to some of the finest education institutions in the North West. Aside from the University of Manchester and the Metropolitan University, the colleges and schools offer some incredible courses that cover everything you would ever need to know about fashion…

The University of Manchester