What's been happening in the world this week #2

We’re only 13 working days into 2019 and yet it feels like Christmas was months ago. At Forward Role, 2019 has got off to a big start and shows no sign of stopping!

On Monday, we welcomed a new member of staff joining the Forward Role fold. Richard Jones, our new Executive Recruiter will be looking after our ever-growing tech division. Richard comes to us after many successful years in the industry and we’re delighted to have such a great hire on board.

But what’s been happening outside of our four walls…

Brexit (sigh!) has continued to dominate the news. This week the Prime Minister’s deal was rejected by 230 votes – making it the largest defeat for a sitting government in history. But then we saw Theresa May win a no-confidence vote in her government. So what do these results mean? Well despite lots of speculation on what could happen and what it might mean for us - we’re still unsure. Stay tuned…

From one disagreement to another… This week we heard that McDonald’s has lost its Big Mac trademark after a long-running legal battle with Irish burger chain, Supermac’s. According to the ruling, McDonald's failed to prove genuine use of "Big Mac" as a burger or restaurant name in the five years before 2017, when the case was filed and as such lost it’s case.

In other news, Nike announced their new self-lace trainers this week! Unlike previous pairs where you had to press a button for them to self-lace, there is now no such strain with the new design. The trainers work using an app to do the task, meaning wearers will no longer have to bend down like the rest of us peasants.

If futuristic trainers aren’t your thing then how about a good old-fashioned love story. In Bolivia, Romeo - the world’s loneliest frog, has been given a mate, after 10 years by himself. Thought to be the last of his kind, more have been found and it’s now possible that he, and Juliet, will be able to help grow the population. There’s hope for all of us.

However, the biggest and most unbelievable story of the week is about an egg. Not just any egg, THE egg! This week in an apparent backlash against the Kardashians, the world united as one, with a common goal to make social media a better place. How? By getting a stock picture of an egg crowned as ‘The Most Liked Picture on Instagram’ and we did it! Over 48million likes and counting… 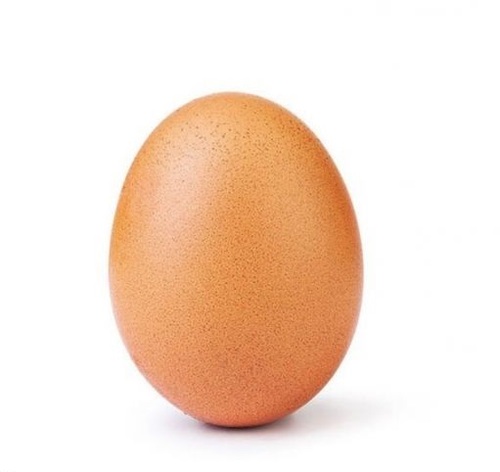 What have you read this week that you found interesting? Let me know!