Back to Blogs
posted over 3 years ago By Aimée Buchan

A woman is like a tea bag - you never know how strong she is until she gets in hot water.- Eleanor Roosevelt

As today is International Women’s Day, what a great reason to write about some of the women that inspire me. From the modern day to historical figures of the past, these five women have all inspired me, and many others around me, in one way or another.

It seems only right to start with Emmeline Pankhurst, who for obvious reasons is one of the most influential and inspirational women to date. She was a leading British women’s rights activist, who led the movement that won the right for women to vote. Sadly it wasn’t until after Emmeline Pankhurst’s death in 1928, that women were granted equal voting rights.

Emmeline was from the great city of Manchester, she grew up here and in her honour there is now a statue of her located in St. Peters Square.

Another woman who was a huge part of the Women’s Social and Political Union, and who will always be remembered for her protest at the derby in 1913 is Emily Davison. 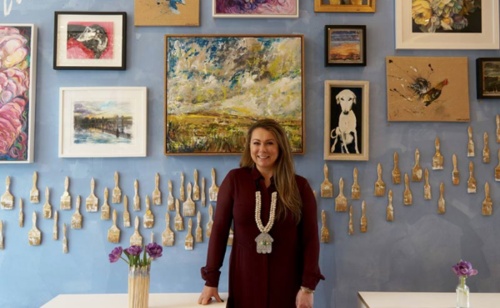 Earlier this year, myself and my colleague Rachel got the opportunity to attend eCommerce Live UK and the keynote speaker there was Holly Tucker, founder of Not on the High Street.

Holly is an inspirational entrepreneur; not only did she found a fantastic business, she is also a UK ambassador for creative small businesses and was given an MBE by the Queen.

Her keynote was definitely one of the most inspiring and motivating talks I have been to and it was great listening to her talk passionately about the world of eCommerce, and how she started her business from the ground up.

Not on the High Street has been a revolutionary platform for small businesses to sell on and was actually the first website to build single basket selling. 90% of those who sell on Not on the High Street are women and have grown into a fantastic network – fulfilling one of Holly’s aims when starting her business, to create an online global community of creatives.

During her journey of growing the business, Holly also brought up her son, who has actually set up his own business at the age of 13! With the help of his mum as a mentor.

She also has a really interesting podcast called ‘Conversations of Inspiration’ which I’m a big fan of. One episode in particular I really enjoyed was her discussion with Jo Malone, which brings me onto my next inspiring woman… 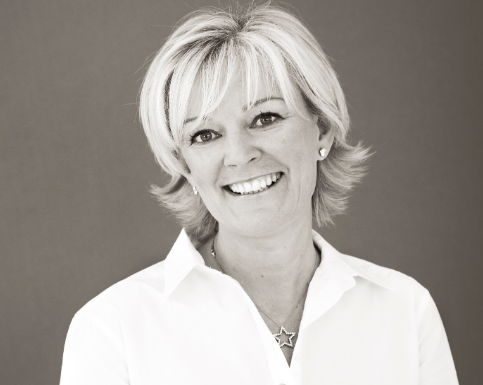 Jo Malone is the queen of scent. She is on my list for crafting an amazing and luxurious perfume and candle business, from virtually nothing at all. Jo has spoken openly about not having the best upbringing, which gave her the fire in her belly to go out and make something of herself – exceeding all expectations. If that isn’t inspiring then I don’t know what is!

As the founder of two huge fragrance brands, Jo Malone has been immutably associated with perfumes for quite some time. So it’s no surprise that the print editions of her autobiography ‘Jo Malone: My Story’ has a page in it that is fragranced. According to The New York Times it is treated with a citrus based pomelo scent which is from her ‘Jo Loves’ collection. How delightful.

Jo actually sold her company in 1999 to Estée Lauder for an undisclosed amount, staying on as a Creative Director. 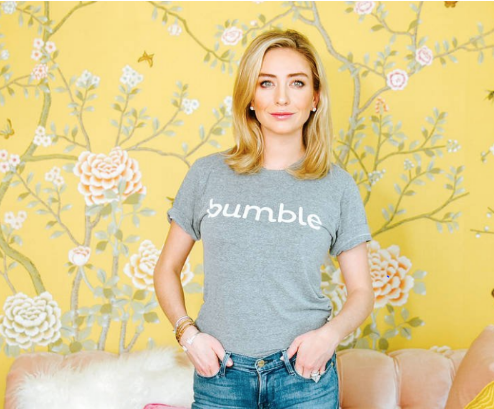 Whitney Wolfe Herd is another truly inspirational business leader and the founder of online dating app Bumble. Previously the co-founder and VP of marketing at Tindr, Whitney sued her old company for sexual harassment and discrimination back in 2014, after the way she was treated. Her negative experience and the backlash she was hit with in the aftermath, resulted in her setting up Bumble - a feminist dating app that requires the woman to reach out to her matches first.

Since its launch, Bumble’s success has gone from strength to strength and is now the fastest-growing dating app in the US, with over 35 million users worldwide and valued at over $1 billion. As a result of all of her amazing achievements, Whitney was featured in the 2018 TIME 100 List and Marie Claire’s 2018 New Guard List which acknowledges 50 of the most powerful and influential women from the past 12 months! Go girl! 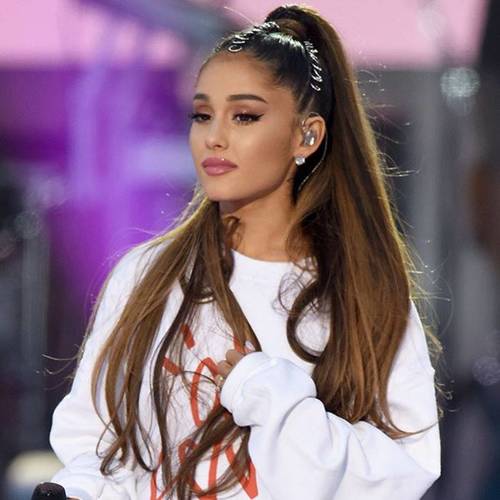 The last person on my list is for a completely different reason and maybe slightly controversial. Although some people may think it was likely a publicity stunt to boost her profile, to me, the way Ariana Grande dealt with the tragic terror attack that killed 22 people after one of her concerts, is what makes her so inspirational.

Returning to Manchester two weeks after the attack, Ariana put together the One Love Manchester event, bringing together 50,000 people and raising over $9million for the victims and their families, as well as other UK victims of terror attacks.

Not only did she organise for many of the world’s biggest stars to perform at her charity benefit, Ariana also visited a number of her injured fans in their hospital beds, posing for pictures and signing autographs.

More recently she’s also struggled coming to terms with the death of her ex-boyfriend and called off an engagement, but has kept on going and last month became the first female artist in UK chart history to replace herself at number 1!

The list of inspiring women could go on and on… From Kate Moss; for not only being an absolute fashion icon and for all of the charity campaign work she’s done for breast cancer and Sport Relief, to Meryl Streep for holding the record for the most Academy Award nominations (17!) and winning three Best Actor Oscars! What a woman.