Back to Blogs
posted almost 7 years ago By Steve Thompson

Forward Role's own Michael Twist made his TV debut last night at 5pm on Channel 4 show Come Dine With Me.

Cast as the know it all Aussie foodie, it was inevitable that he was destined to come in last place! Admittedly he did make a mess of his main course pasta dish and undercooked his Pavlova.

He did so in style however, wearing a specially designed Forward Role Tuxedo T shirt featuring our brand character Roland and claiming that if his seafood starter went down well he would be "squids in!". 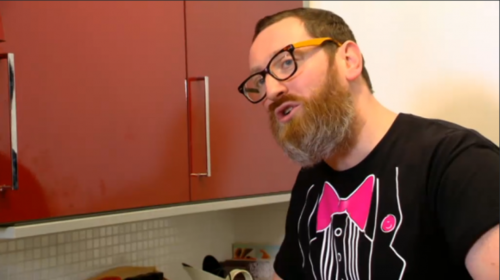 Well done Michael, it takes real balls to put yourself forward for a TV show, and even more to take some of the abuse he was getting last night on twitter! And that was just from his colleagues.

The highlight from the social media abuse for me was the moment someone said his freshly made pasta "looked like a down and out's blanket".

You can catch the episode on Channel 4 on demand http://www.channel4.com/programmes/come-dine-with-me/on-demand/58317-019

Perhaps not destined for a culinary career, it's a good job Michael is brilliant at his day job; finding the best creative, design and UX talent for our clients! 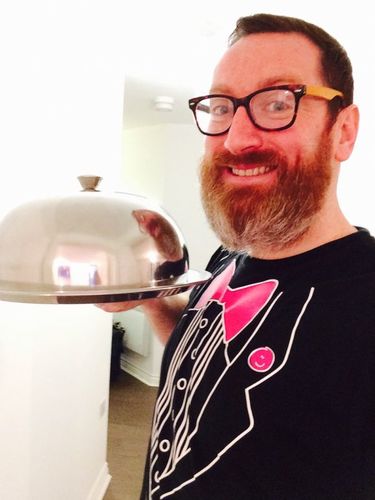